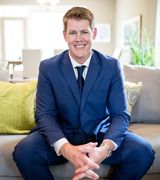 Growing up in a real estate family, Parker Pembertonhad the opportunity to learn the business from a very young age. He remembers going on his first listing appointment at the age of five, tagging along with his father, Steve Pemberton, his current partner and mentor.

Parker attended Apple Valley schools before venturing off to college at the University of Minnesota and later the University of New Mexico, where he played on the Men’s Golf Team. Parker traveled the country after college, making a living as a professional golfer for five years. After tearing two ligaments in his shoulder and rehabbing for over a year, he decided it was time to move back to Minnesota and pursue a new business venture, a landscaping service company servicing Dakota and Scott Counties.

Parker ran and grew his company, “Go 2 Guys,” for three years and was awarded the “Angie’s List: Super Service Award” each year of operation. This award, voted on by consumers, is given out to only the top 5% of service companies in Minnesota. Parker started with a walk-behind lawn mower and built the business to nearly 500 seasonal accounts in just a few years.

In March of 2016, Parker earned his real estate license on his 30th birthday and hasn’t looked back. Armed with years of exposure to the real estate business from growing up watching his dad, as well as the entrepreneurial experience from creating and growing a business, Parker soon became one of the top selling real estate agents in Dakota County and the State of Minnesota, helping nearly 100 families buy or sell a home in his first 12 months in the business.

HOMEiA has listed Parker Pemberton as one of the best real estate agent in Apple Valley, MN. Contact Parker today for a great buying or selling experience!