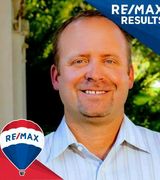 HOMEiA has listed Shawn Hartman and his team as one of the top real estate team in St. Paul, MN. Shawn is a life time resident of the Twin Cities and currently resides in Roseville, MN with his family. Shawn grew up in St. Paul, MN where he spent much of his childhood in the neighborhoods of Como Park, Midway, Cathedral Hill, and Macalester Groveland. After high school, Shawn attended the University of Minnesota where he studied Biology and Genetics. During college, Shawn spent several years in the restaurant business as a server, cook, and bartender. He started in the real estate industry in 2002 doing business to business sales and mortgage. Shawn transitioned from mortgage into real estate in 2005. He spent his first 9 years in real estate at Keller Williams Realty. During this time Shawn Hartmann created one of the Top Producing real estate teams in the entire Keller Williams North Central region. His team closed over 900 real estate transactions and received production awards each year.

In 2013, Shawn moved to RE/MAX Results. In just over 2 years, Shawn was named to the RE/MAX Hall of Fame status and reached the RE/MAX Platinum production award each year. In 2016, Shawn received the RE/MAX Results TOP 20 Agent award. His team continues to be a top team in the area closing 114 transactions in 2018. Below are a few more facts about Shawn: