Texas is an expansive south-central U.S. state. Only the state of Alaska has more area than Texas, and California is the only state that is more populous. The Lone Star State borders Mexico along the Rio Grande to the southwest and the Gulf of Mexico to the southeast. The sheer size of the state lends itself to having a variety of landscapes: mountains, deserts, hill country, plains, prairies, forests, swamps and rivers.

Texas has been well established as cattle and cowboy country and is often the setting of blockbuster movies such as Lonesome Dove, No Country for Old Men, Hud and, of course, The Alamo. In addition to its agricultural base, the state is also a major oil producer and leading exporter.

Other key industries are aerospace, energy, biomedical, technology, manufacturing and electronics. As a leader in higher education and medical research, Texas boasts one of the largest economies in the world and is home to a significant number of corporate headquarters.

Texas is a beloved home to around 30 million people, and many northerners become snowbirds each winter as they escape the freezing temperatures, snow and ice for the warmth of their second home. Although its climate is favorable, tornados, tropical storms and hurricanes have caused considerable damage over the years.

The phrase “Big as Texas” applies in so many ways. The land area is huge, as is the population count. The state has enviable natural resources and diverse geological settings. Out in the wide-open spaces, the Big Bend National Park beckons nature lovers, hikers and campers with its mountains, rivers, deserts and canyons. Big Thicket National Preserve showcases the piney woods, bayous and swamps.

Austin is the capital of Texas, and the largest cities are Houston, Dallas and San Antonio. Throughout the state, you’ll find an emphasis on performing arts, music, sports, history, nature, cuisine and diversity. The state has a convenient transportation system, with ports, airports, rail and freeways.

If you are considering Texas for your home or business, you’ll be happy to learn that the state is considered one of the most business-friendly and collects no state income tax. Yes, Texas is big enough to offer whatever lifestyle you prefer. Housing is available in countless styles and locales.

At HOMEiA, we’ve reviewed local real estate agents to help you find an agent who knows the city, residential housing, business properties, market values and trends. If Texas is your choice, check out HOMEiA’s list of preferred agents who have the credentials, reviews and down-home friendliness to make your transaction a smooth one. 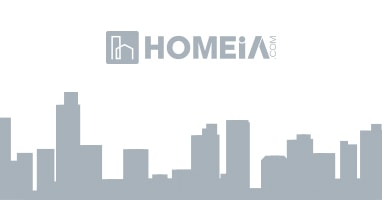