Signs Something Has Gone Wrong with Your Electrical System

For most homeowners, the electrical system is, bar none, the most intimidating system in their home. This makes sense; electricity isn’t an entirely intuitive resource, and when mishandled, it can cause severe injury and death.

Just as bad, unseen electrical problems can cause exorbitantly high energy bills and may result in a house fire, endangering not just the people living inside but also everything they own.

Usually, as a result of the uncertainty surrounding the system—not to mention the fear of doing anything that could cause devastating harm—homeowners try their best to forget about the electricity in their home. Unfortunately, like most home systems, the electrical system requires some maintenance and attention, or problems could arise that put homeowners and their belongings in jeopardy. 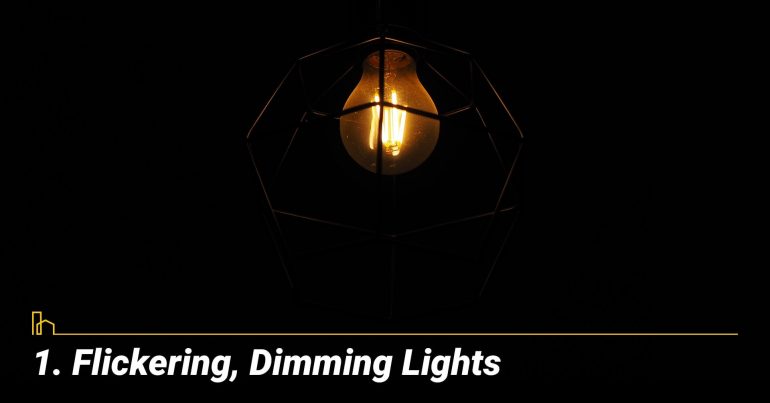 Whether or not homeowners are using a Ouija board at the time, flickering lights are not a sign of a ghostly presence. Instead, any time lights flicker or dim without prompting, homeowners should assume there is a loose or faulty connection somewhere in their electrical system.

If the flicker only happens to one light fixture, the fix is relatively straightforward, but if many lights in many rooms have the same issue, several circuits could be affected—or it might even be a fault in the utility drop outside the home. If the simple fixes aren’t working, homeowners should call in expert help. 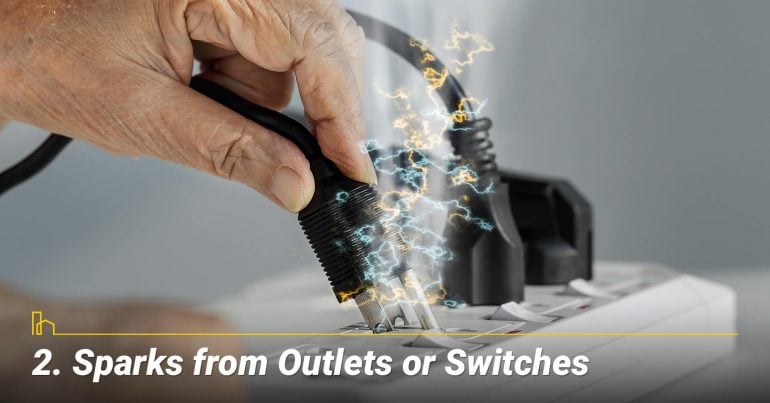 2. Sparks from Outlets or Switches

At no point should electricity leave the wires in the home or appliances. Stray sparks can catch things on fire. In fact, arcing electricity is one of the primary causes of house fires across the country. As soon as a homeowner sees a spark emerge from an outlet or switch, they should be on guard.

There are a few reasons sparks can emerge from the system, including electrical shorts or overheating. A homeowner with enough electrical sense can try replacing the sparking box, but if that doesn’t solve the problem, professional help will be required to identify the reason behind the spark. The sooner the spark is addressed, the less likely it will cause a fire or another major issue.

3. The Heat from Outlets or Switches

As a part of routine maintenance, homeowners should make a habit of holding their hands near outlets and switches. It’s not uncommon for electrical devices to heat up during operation, but if unused plugs or switches are generating warmth on their own, something isn’t right. In fact, hot outlets should not be used. Homeowners should disconnect all cords immediately and call an electrician to help with the issue.

The one exception to this rule is dimmer switches, which function by dissipating the excess electrical energy and becoming warm. Homeowners need to check the wattage of a light before installing a dimmer switch to ensure the dimmer doesn’t work overtime and get too hot to touch. Homeowners can learn other useful electrical safety tips here.

Unfortunately, most homes built during the late ‘60s and early ‘70s were fitted with aluminum wiring because copper prices were simply too high for construction firms. While aluminum transfers electricity as well as copper, it is much more malleable—with the result that over time, aluminum wires compress, leaving gaps that cause dangerous sparks and arcs.

Additionally, aluminum can oxidize faster than copper, which causes the wire to build up excess heat and cause fires. It didn’t take long for issues with aluminum wiring to become obvious, and now aluminum is no longer used in residential properties. Homeowners whose properties were constructed or renovated during that time period should be on the lookout for aluminum and consider paying to rewire their electrical system ASAP. 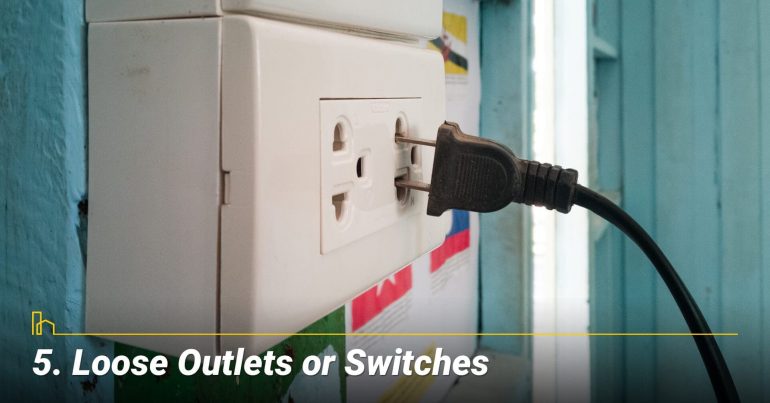 When a homeowner plugs something into an outlet, that outlet should be strong and stable. If it’s not—if it seems like the insides of the outlet are moving around—it’s absolutely necessary to open the outlet or switch and see what’s going on.

Often, the problem is merely a loose screw or wire, which is an easy problem for a homeowner to fix. However, before touching any malfunctioning electrical component, it’s vital that homeowners turn off the home’s electricity from the breaker box, to avoid life-threatening shocks. 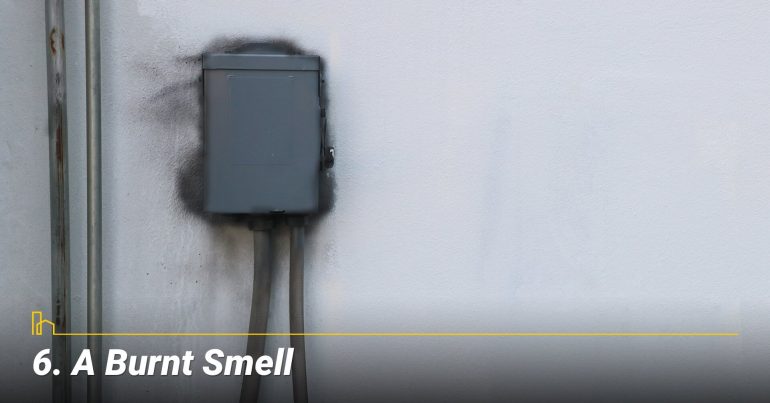 It’s safe to say that homeowners should never want their homes to “smell like something is burning.” After eliminating kitchen appliances and other electrical tools as the source of the smell, if it isn’t something on the stove or the oven, it could be a misplaced hair straightener or hot glue gun. Homeowners should assume it is the electrical system and take quick action.

A burnt smell means the electrical wires are heating up enough to melt their plastic sheathing and potentially singe the materials around them. Homeowners must shut off their electricity, stat, and call an electrical expert for help. Ignoring the issue will result in a major disaster, like a house fire, so quick and confident action is mandatory. 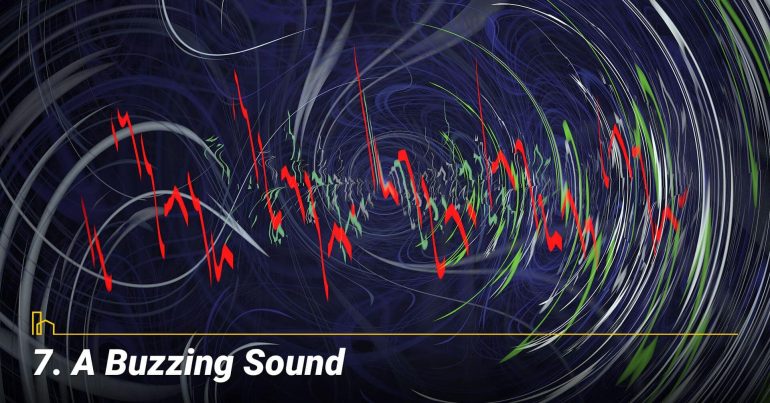 A perfectly functioning electrical system is completely silent. Homeowners who hear incessant buzzing should first be certain that it is coming from the electrical system and not some appliance, like the HVAC or refrigerator. If it is definitely an electrical issue, the next step is calling an electrician.

Buzzing can be caused by a whole wealth of problems, from ungrounded wires to improper loads to incorrectly sized breaker boxes and more. An electrician can quickly identify the source of the buzzing and cease it, so homeowners don’t have to live with the annoying sound for long.

It’s common for homeowners to trip their breakers by pulling too much electricity at once. After all, that’s what the breakers are for. However, if a home’s breakers trip every day — and if the same breakers are the problem — then it’s likely the home’s electrical system isn’t meeting the homeowner’s electrical needs.

Homeowners with a number of heavy electrical tools might want to connect a new circuit to the breaker box to prevent overloading the rest of the system. However, as with other electrical work, it is wise to hire this job out to a professional to avoid additional problems. 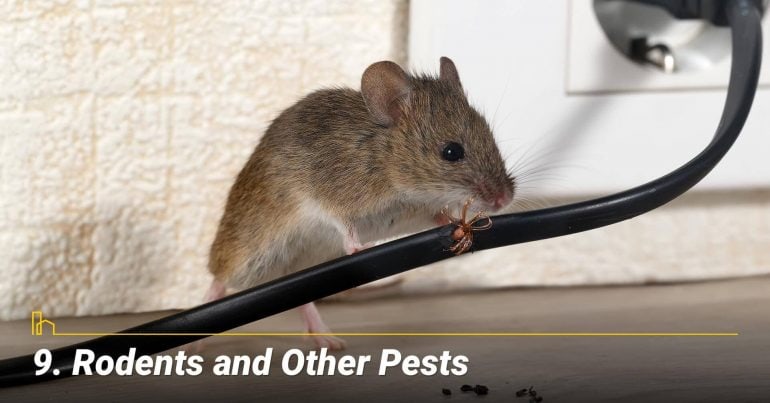 9. Rodents and Other Pests

When a homeowner sees evidence of one pest, they should immediately start searching out the rest. Common rodent pests like rats and mice live in groups of at least five, whereas insect colonies can number in the millions. All sorts of pests can affect the electrical system, either by chewing directly on the wires or by compromising other elements of the home’s structure. It’s important for homeowners to conduct regular pest inspections and take measures to keep pests outside the home.

The idea that something could be wrong with the electrical system is enough to send many homeowners directly into denial. However, the sooner an electrical issue is identified and corrected, the sooner homeowners can relax in their own homes.

We hope you find this article helpful. If you do, please share it with others whom you think can benefit from it as well. Thank you in advance! 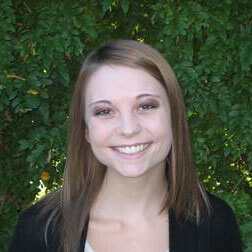 3 Articles
Tiffani is a leader in marketing authority, she prides herself in her ability to create and provide high-quality content that audiences find valuable. She also enjoys connecting with other bloggers and collaborating for exclusive content in various niches. With many years of experience, Tiffani has found herself more passionate than ever to continue developing content and relationship across multiple platforms and audiences. Read more >>